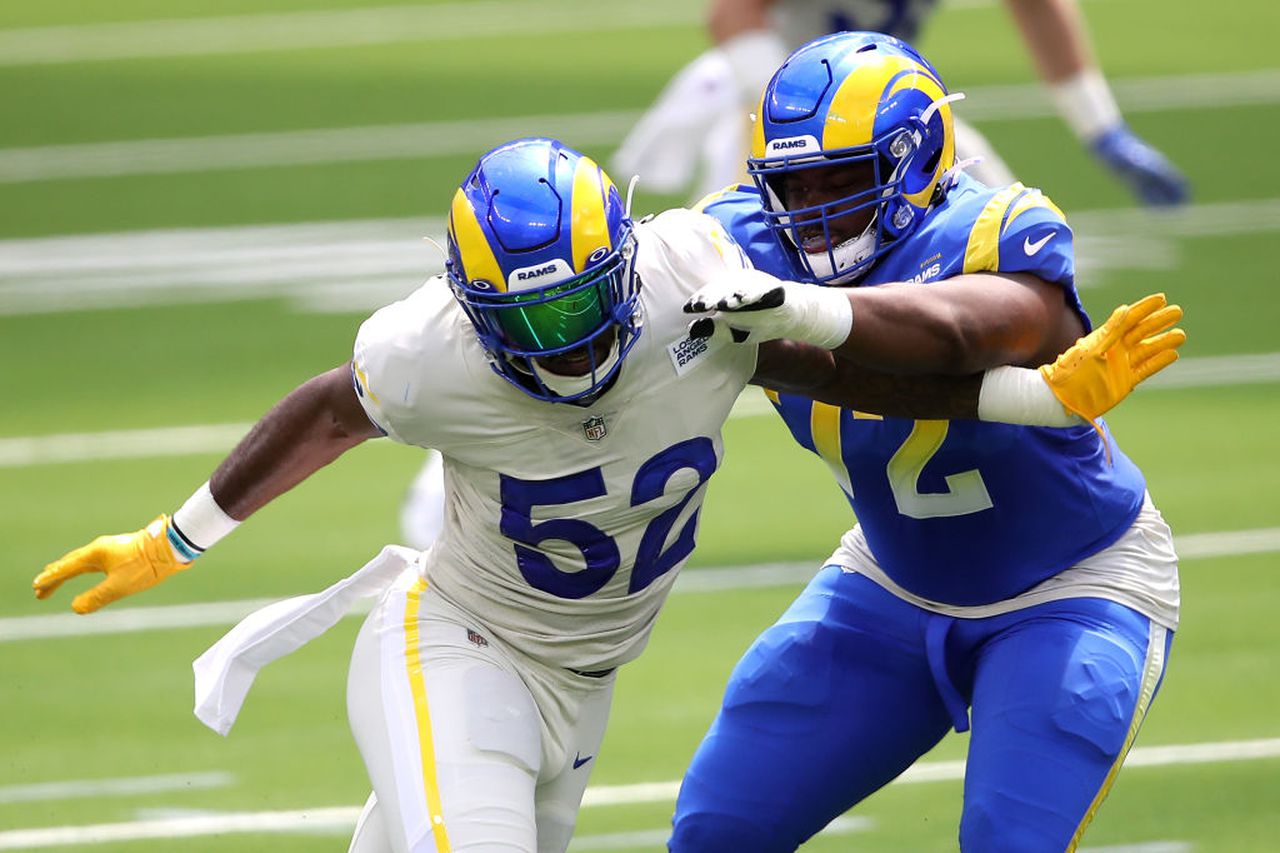 Lewis drafted in the 3rd round, 84th overall, in the 2020 draft. He tore his ACL prior to his junior year. He took a medical redshirt season, and seemed to be returning to the same form that that made him one of the top EDGE/OLB prospects prior to the injury.

Drafting him in the 3rd round was a low risk / high reward move by the Rams. At times, he seemed like he was developing into an impact player. But he also missed a lot of time due to lingering issues with his knee.

So the Rams finally move on from Lewis. It was a little surprising in that they had waived Justin Hollins, another veteran OLB, just a few weeks ago. Three of their four primary OLBs from their 2021 Super Bowl season are now gone: Von Miller, Hollins, and Lewis. Leonard Floyd remains their main threat off the edge.

The Rams can spend the rest of the season evaluating Daniel Hardy, Michael Hoecht, and Keir Thomas.

Lewis was counting over $1m against the cap this year and next.

Our 8th 2023 Mock Draft for the Los Angeles Rams

How has our 2019 draft turned out. Gaines and Scott make up for the less than stellar early picks. Overall, probably earns a B- grade. Round Pick…